An icon cannot be reinvented, it can only be challenged. And only Aventador could surpass itself. Following Miura, Islero, Countach, and Urraco, Lamborghini’s most iconic model now reaps the inheritance of the historic S models and evolves into the new Aventador S Coupé. Exclusive Lamborghini design and the new V12 engine with a whopping 740 HP now join the most sophisticated technology of the range, featuring the new LDVA (Lamborghini Dinamica Veicolo Attiva/Lamborghini Active Vehicle Dynamics), which offers an unparalleled driving experience to all those who honour their egos by challenging themselves every day. 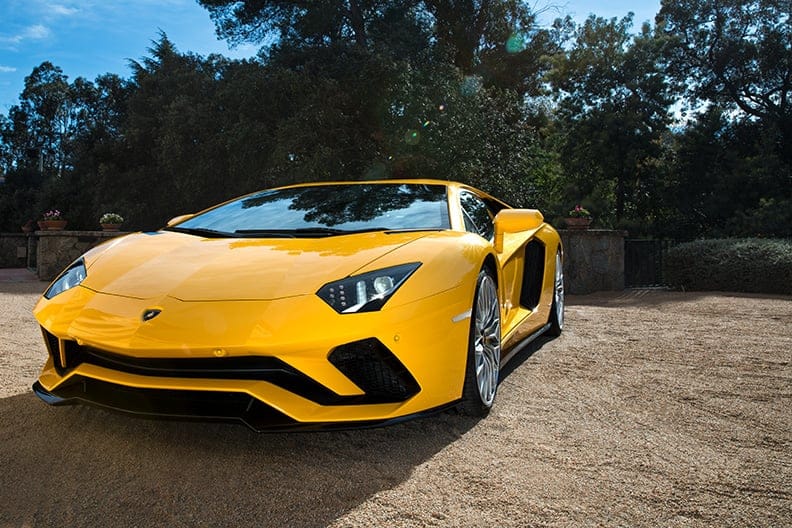 What the new S model inherits from the Aventador family is its extraordinary beating heart: the iconic V12 engine. It is the sign of recognition of a thoroughbred power, with its excellent acceleration performance at any engine speed, lightning-fast responsiveness, a breathtaking roar, and now a full 40 HP more to unleash on the asphalt. But Aventador S Coupé will not settle for less and wants everything: the performance features of a super sports car are joined by the extreme agility and handling of the 4 Wheel Steering system for unprecedented driving dynamics, along with the possibility to have the most personal driving experience ever thanks to the brand new EGO customised driving mode.

Working on the design of an icon like Aventador means not altering its character but exalting it even more. Aventador S Coupé continues to display the unmistakable Lamborghini DNA, while strengthening its mix of dynamism, refinement, and aggressiveness by means of even sharper lines inspired by nature and by aeronautics. While the hexagonal design of the new tailpipes means that the rear end is as powerful as the engine of a space shuttle, the front end features forms that recall the fins of a shark, transmitting the same force and elegance in dominating the road. But the design of a Lamborghini is never an end in itself. Each surface of the new Aventador S Coupé has been studied to gain power and improve performance. Compared to the first Aventador, in fact, the new design elements provide an increase of 130% in front downforce, while the new side air vents reduce turbulence, improving cooling and increasing efficiency. 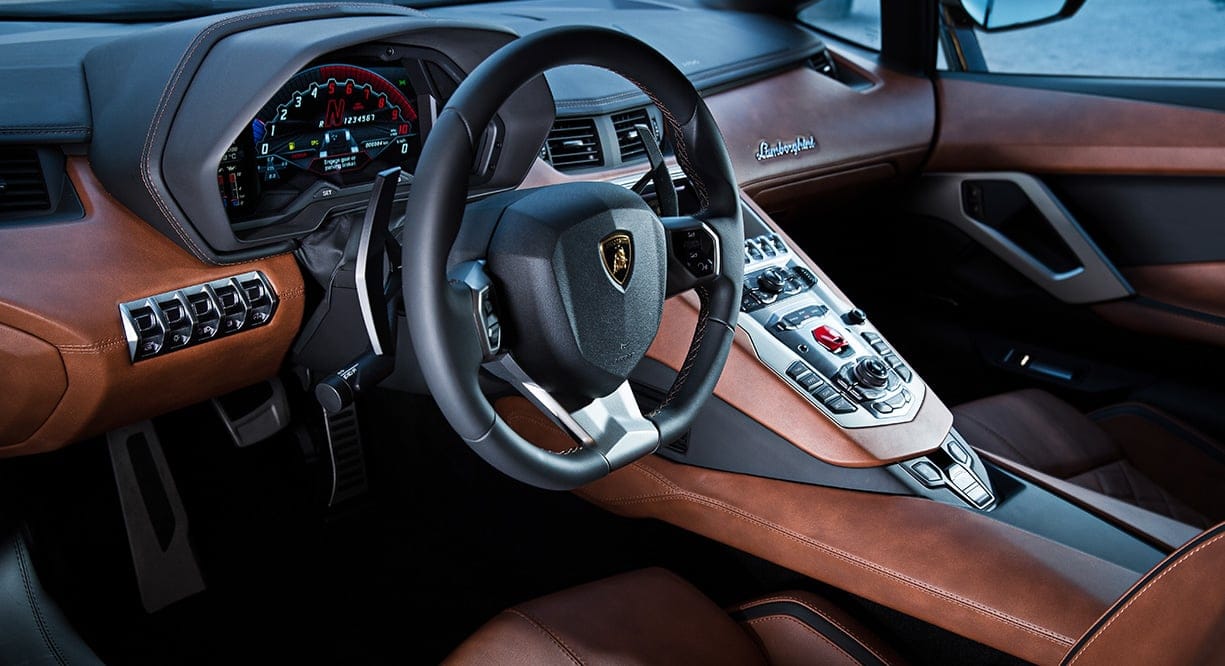 The interiors of the new Aventador S Coupé fully reflect the car’s mission, which is, to be different from all others: a super sports car with cutting-edge technology but also incredibly luxurious. The interior finishes are crafted using materials of the highest quality and present an infinite variety of possibilities, like the new S-trim configuration, created to celebrate the car’s name. The options also include the possibility to choose an innovative material such as Carbon Skin® and to have certain parts of the carbon body left exposed. The elegance of the interior is matched with the extremely advanced technology, such as the instrument panel with interactive TFT LCD display with completely redesigned graphics, and the possibility to enhance the interiors with a LED lighting system created ad hoc.

In addition to its beating heart, Aventador S Coupé is also endowed with an incredibly sophisticated brain: the innovative Lamborghini Active Vehicle Dynamics (LDVA) control unit, a system of active technologies that can manage each of the dynamic axles of the vehicle.The lateral vehicle dynamics is controlled by a steering system that involves all four wheels using Lamborghini Dynamic Steering (LDS) and Lamborghini Rear-wheel Steering (LRS). The vertical vehicle dynamics is handled by the Lamborghini Magneto-rheological suspension (LMS) and the active rear aerodynamics. And the longitudinal dynamics relies on the four-wheel drive system (4WD). The LDVA system combines all the information coming from the car’s sensors and establishes in real time the best setting for each driving condition. The result is performance that is absolutely perfect, safe, and compelling. 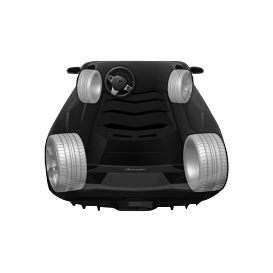 For the first time in its segment, the new Aventador S Coupé offers a unique combination of the active front steering system (Lamborghini Dynamic Steering) and the rear system (Lamborghini Rear-wheel Steering), offering topnotch dynamic performance. The LDS system adapts to the speed and the driving mode selected by moving from direct steering to a more indirect mode, while the LRS system handles the rear steering axle by means of two electromechanical actuators. With this system, at low speeds the rear axle steers in the opposite direction with respect to the front axle, leading to a virtual reduction of the wheelbase, which means greater nimbleness and unrivalled cornering performance. At high speed, instead, the two axles rotate in parallel, which generates a virtual increase of the wheelbase, thus guaranteeing full control of the car and excellent stability. 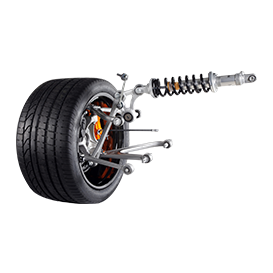 The new Aventador S Coupé features magneto-rheological front and rear shock absorbers with pushrod system, which constantly modify the behaviour of the suspensions according to the road conditions and the driving mode selected. In addition to compensating roll and undesired body movements, the system has been specially designed to work with the Rear-wheel Steering System, thus ensuring a perfect response in any type of condition. 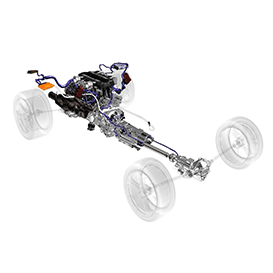 The four-wheel drive system of the new Aventador S Coupé has been optimised to work specifically with all the new active systems, in particular Rear-wheel Steering, the stabilising effect of which makes it possible to have a high percentage of distributed torque on the rear wheels. This gives a feeling that’s sportier and more fun, but without compromising safety or ease of driving. The four-wheel drive system guarantees excellent performance in situations involving poor grip, and like all the other active systems of the car, it is calibrated according to the driving mode selected by the driver. The torque distribution between the front and the rear axles dynamically varies according to the driving mode selected and driving condition. Moreover, Aventador S Coupé can count on a new generation of Pirelli P Zero tyres. Developed specifically for the Aventador S Coupé, they have been designed to further enhance the car’s innovative active systems to ensure excellent driving dynamics. 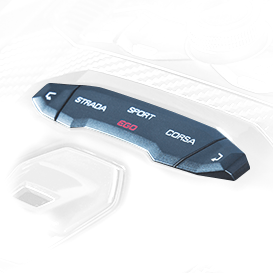 In any driving condition you might find yourself in, the new Aventador S Coupé gives you full control thanks to the driving mode selector, which provides optimal regulation of the engine, transmission, drive, steering, suspensions, and stability control based on the mode selected between STRADA, SPORT, and CORSA. But it’s the addition of the fourth mode that makes the Aventador S Coupé a truly unique species: the EGO mode. With this new option, each individual setting becomes customisable, creating the most personal driving experience ever. 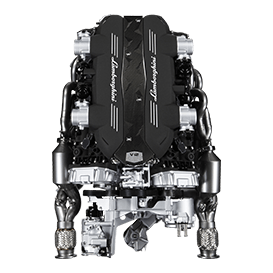 The mid-mount 6.5 liter V-12, generating 740 CV at 8,400 rpm, offers remarkable pick-up at high engine speeds and an incredibly fast response. The incredible acceleration, achieving a 0 to 100 km/h time of just 2.9 seconds, only partially describes the Aventador S Coupé, which is a genuine benchmark in the supercar sector. 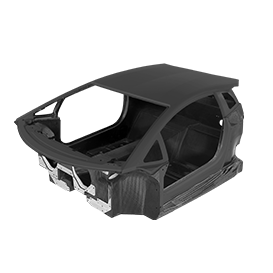 The use of carbon fiber and derivatives is one of the characteristics which makes the Aventador S Coupé such a precise drive. The monocoque for the Aventador S Coupé, manufactured at Lamborghini’s plant in Sant’Agata Bolognese, Italy, is a single component which offers incredible weight reductions while reaching unheard of levels of rigidity. 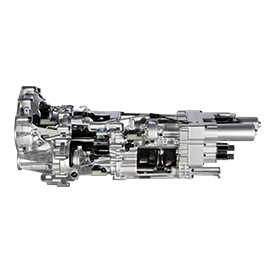 The ISR (Independent Shifting Rods) transmission ensures incredibly fast and thrilling gear shifts. The design goal was simple: to create an incredibly fast robotized transmission capable of generating unparalleled excitement. The ISR gearbox also offers two important advantages for a super sports car: a significant weight reduction and a size which is even smaller than a manual gearbox.

Choosing the car of your dreams means making one with your own hands. This is why Lamborghini has always been synonymous with personalisation. Exterior and interior colours, stitching, materials for the passenger compartment, and brake calipers: the combinations are potentially infinite and allow you to have a car that is truly unique: yours. Our dealers will be available to advise you in detail on the many possible personalisations, so that your automobile is truly in line with your needs and, above all, with your personality. 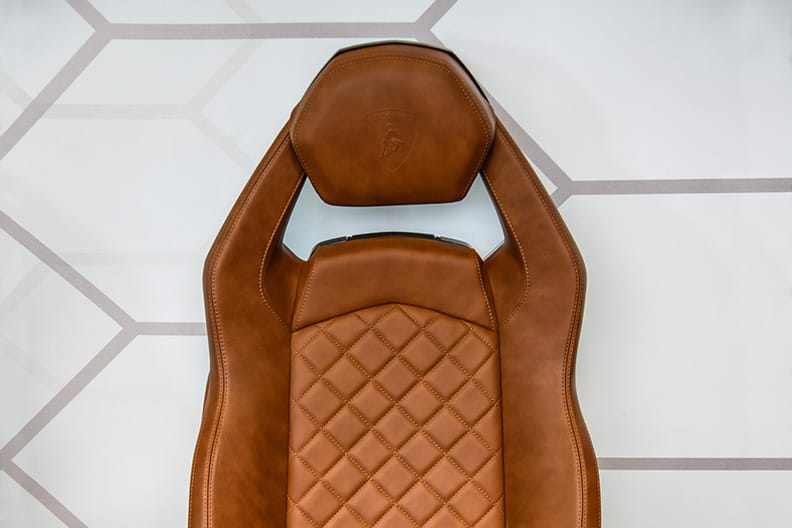 Back
By using this site, you accept the use of cookies to improve your experience and to create viewer statistics. Ok